Recently Rose’s teacher was looking for parent volunteers to tell a specific celebration their family holds. So I compiled an essay below and hoped it would show children in Rose’s class a little bit about Chinese Spring Festival. Most of the contents were taken from a book: Common Knowledge about Chinese Culture. It was provided by the Chinese Culture Training Program which I took in May this year.

I believe that the Spring Festival is the most important and bustling Chinese festival. It is held by all Chinese people around the world, be they in Mainland China, Hong Kong, Taiwan, Macau, Singapore or anywhere around the world.

The Spring Festival starts from the first day of the first lunar month and last for 15 days until the 15th day of the month, of which is also called the Lantern Festival.

Since the 23rd day of the 1st lunar month, people start to prepare for the event. Each family will undertake thorough cleaning,(I could never forget what a hard job it was to help adults clean the windows outdoor in such cold weather), do their spring festival shopping (In mainland China, employers contribute to it by handing out food to employees as a year-end bonus), create paper-cuts for window decoration, put up New Year pictures and Spring Festival couplets, make New Year cakes, and also prepare all kinds of food to bid farewell to the old and usher in the new.

New Year’s Eve is the time for a happy reunion of all family members – You will be not surprised when you read in the newspapers about the Spring Festival Travel Rush as people go to their hometown for a family reunion.  People sit around the table to have a scrumptious New Year’s Eve dinner, talking, watching TV show, and laughing, until daybreak, which is called “staying up to see the year out”. When the bell tolls midnight on the New Year’s Eve, people set off firecrackers. According to legends, this could drive off evil spirits. The continuous sound of firecrackers can be heard everywhere adding to the atmosphere of rejoicing and festivity.

From the first day of the lunar year, people pay New Year calls on relatives and friends. Children receive Red Package from their parents, grandparents and other relatives. Many places hold temple fairs. The wonderful dragon lantern dance and the lion dance performances, along with various handicraft articles and local snacks attract thousands of people.

The Lantern Festival marks the real end of the New Year Celebrations. To highlight the festival, people are expected to eat small dumplings, also called “yuan xiao”, that are made of glutinous rice flour with fillings that range from red bean paste to minced meat. The symbolism of the dumplings’ shape is more important than the taste. Their roundness is considered harmonious with the full moon of that night. The taste is depended on the fillings and my favourite is meat. 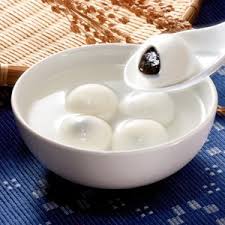 A mother of twins and a boy.
View all posts by Ke Wei →
This entry was posted in Uncategorized. Bookmark the permalink.